CHIANTI CLASSICO DOCG: A GUIDE TO ITS HISTORY AND CURIOSITY

CHIANTI CLASSICO DOCG: A GUIDE TO ITS HISTORY AND CURIOSITY

Chianti Classico DOCG is one of the most appreciated wines of Italy and one of the most renowned in the world thanks to a long tradition. 376 estates produce each year up to 38,000,000 of bottles of wine exploiting over 7,200 hectares of vineyards registered as DOCG. International appreciation allows this wine to be exported to over 130 countries all over the world.

The extreme versatility of this wine allows pairing this wine with the most diverse foods, even those from the international cuisine: in addition to red meats and games, two typical dishes of Tuscan cuisine, Chianti Classico is well paired even with Indian and Japanese ethnic cuisine, such as Sushi.

Keep reading and discover the history of this exceptional wine.

Vine-training in Chianti is a long-lasting tradition, dating back to Etruscan and Roman periods. During the middle ages the area was a contention point between Florence and Siena and saw the foundation of many fortified hamlets and castles.

In 1716, The Grand Duke of Tuscany Cosimo III de’ Medici issued a decree to establish the official borders of Chianti: as for Chianti, so it is decided. From Spedaluzzo up to Greve; from there towards Panzano, including the whole podesteria of Radda, which is made up by the three municipalities of Radda, Gajole and Castellina, down towards the border of the Sienese country. At the same time, a commission was instituted to monitor production and prevent possible frauds.

In the first years of the 19th century, various producers started blending multiple varieties of grapes in an attempt to give new taste to a wine which, up to that moment, had been produced exclusively with Sangiovese grapes. Multiple experiments led Baron Bettino Ricasoli to a recipe which, in his opinion, produced a pleasant red wine, sparkling and easily drinkable: 70% Sangiovese, 15% Canaiolo and 15% Malvasia.

In time, facing an always increasing demand, several producers in the bordering area of Chianti (as established by Cosimo III) started producing similar wines which were sold with the note uso Chianti (meaning as is done in Chianti). To avoid plagiarism and a subsequent debasement of Chianti Classico prestige, a group of 33 producers founded the Consorzio per la difesa del vino Chianti (Consortium for the protection of Chianti wine) in 1924. In 1932, in Fascist era, a ministerial decree awarded the oldest portion of Chianti the right of using the name “Chianti Classico”, a denomination that since 1996 is no longer subordinate to Chianti but is regulated by its own disciplinare.

When speaking of Chianti Classico one cannot help noticing the peculiar image representing the Consorzio: a black rooster. This symbol was chosen to honor the League of Chianti’s banner (an alliance between Radda, Gaiole and Castellina) but its true origin is shrouded in legend. 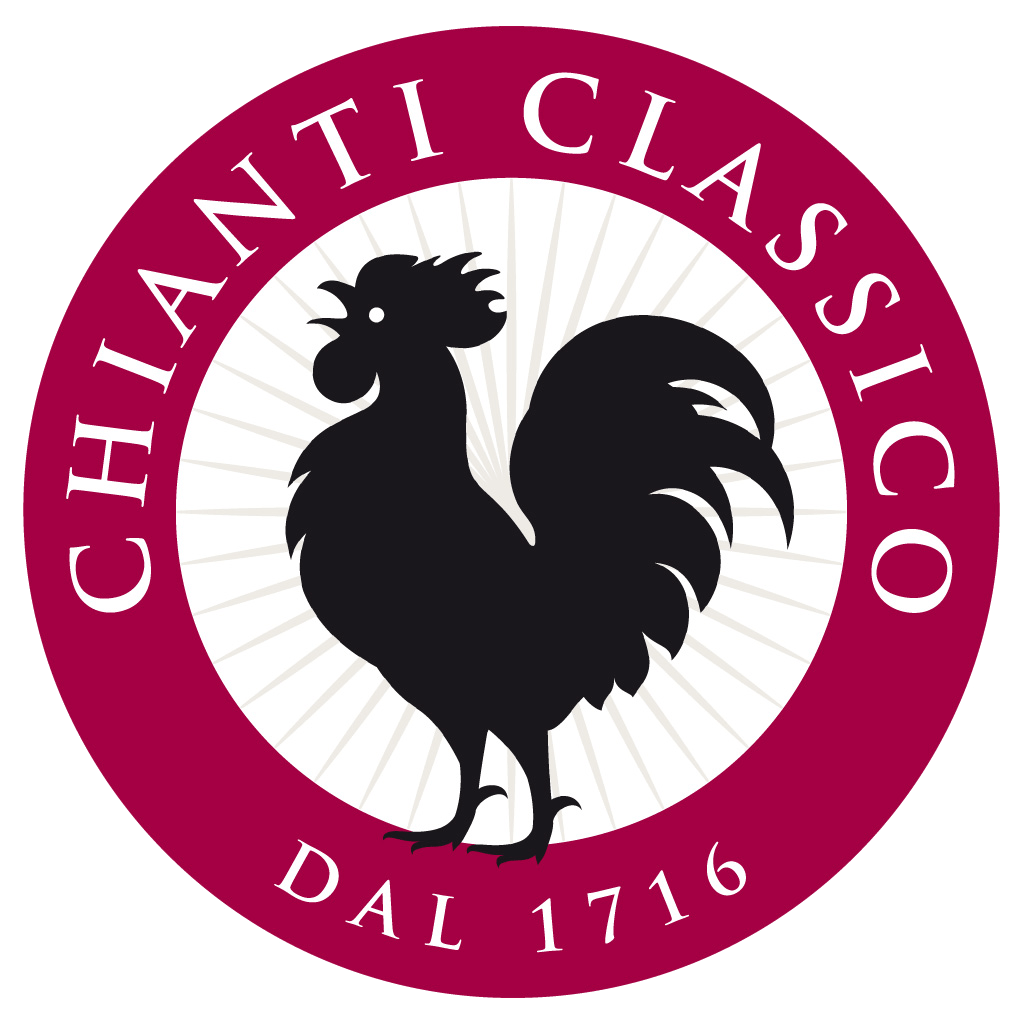 Eternal rivals, Florence and Siena were often at loggerheads about Chianti, a frontier region sought by both powers. In order to put an end to this dispute, the two cities agreed upon a way to delineate the border of their respective territories: Florence and Siena would each choose a knight who would then have left the city at the rooster’s singing. Following the road linking Florence and Siena, the point where they would have eventually met would become the new border between the territories of the two cities. Choosing the rooster was then as important as choosing the knight. Siena chose a white rooster, while Florence opted for a black one. The latter was cleverly hold in a dark cage and starved for several days before the agreed day and when he was finally freed in the morning he started singing well before dawn. The Sienese rooster, instead, patiently waited sunrise before singing.

Thanks to this trick, the Florentine knight reached his competitor when the latter had only covered 12 km from Siena, since he had left with a huge delay: that’s how Chianti ended up in Florentine hands, well before the fall of Siena (17 April 1555). 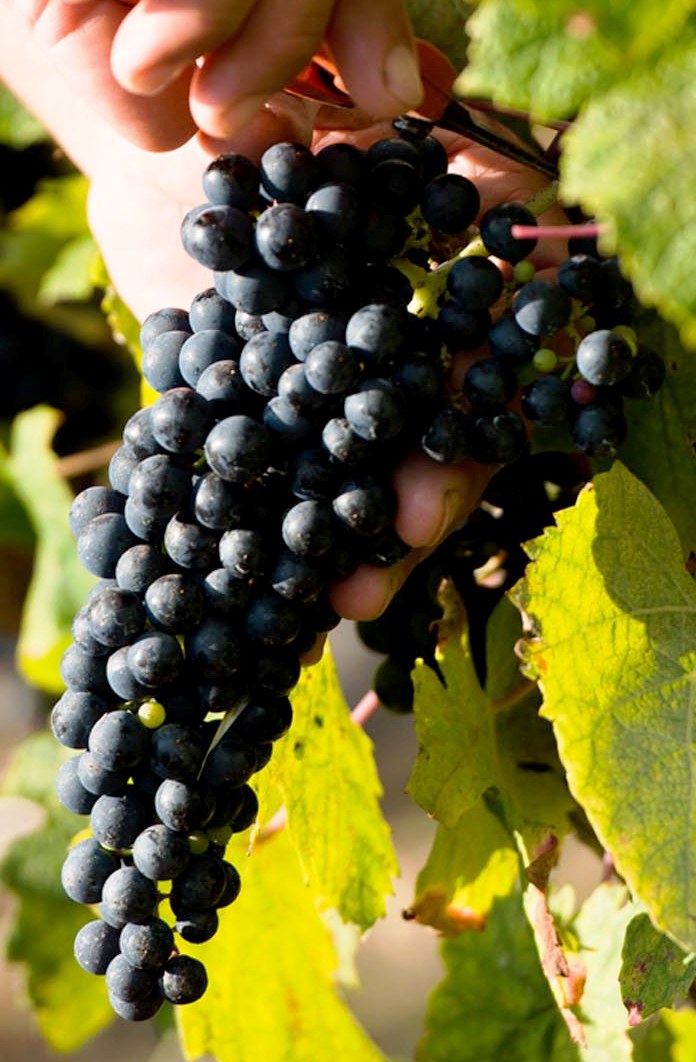 As previously mentioned, until the 19th century Chianti was produced from Sangiovese grapes only. The recipe proposed by Ricasoli was the first to gather unanimous approval, but further experiments by other producers contributed to enlarge the pool of grapes allowed in the production of Chianti Classico to the point that today 50 varieties (strictly black) are accepted. In the past, there were two white grapes (Trebbiano and Malvasia) allowed in the recipes for Chianti Classico, but in 2006 it was decided to forbid their use for future production.

Chianti Classico DOCG in its standard shape is named Chianti Classico Annata, but the quality of the product can be further increased and refined by following precise standards. By aging the wine for 24 months (three of which in bottles) one can use the denomination Chianti Classico Riserva. If excellent is the final aim, estates can use the denomination Chianti Classico Gran Selezione but requisites are much stricter: grapes must be harvested from a single vineyard (or, alternatively, they must come from a selection of the best grapes harvested) and wine must be aged for at least 30 months (three of which in bottle). To ensure the absolute quality of the product, Chianti Classico Gran Selezione must first receive a compliance certificate which is only awarded after a strict chemical and physical analysis.