Italy, with its millenary history, is dotted by as many castles and monasteries. Land of conquest for European nations, Italy always had the great privilege of being home to the Pope and this led its people to develop a strong religious spirit. Convents and monasteries were built since the early Middle Ages (often even under the Roman Empire in the 4th century) and quickly became attraction poles for farmers living in the countryside who could then exchange and barter with the monks. Getting further from the towns, monasteries often reached the size of small hamlets, always self-sufficient, and were ideal for those monks looking for a spiritual retreat where they could live in full contact with the Divine.

With the establishment of modern States, mainly following the French Revolution (1789), the properties belonging to the church were often abandoned and expropriated in the name of the country. The first mass requisitions were ordered by Napoleonic governments at the beginning of the 19th century, only to be then withdrawn with the restoration in 1815. The Kingdom of Italy, in its long-lasting diatribe with the Pope who saw all of its properties stolen, started in 1870 a campaign of expropriation of ecclesiastic goods, but convent were already only a shadow of their former self.

In recent times, many entrepreneurs and enthusiasts took a liking for these building and often invested to convert them into beautiful hotels and/or Agriturismos where one can still nowadays breath some sort of religious air.

This imposing monastery, whose origin can be traced back to the 6th century in the form of a huge Romanic church, is the result of many buildings built over each other over the centuries. The original Romanic church is no longer there, covered by more recent buildings which can easily be traced back to different ages. The most striking element of the complex is, without a doubt, the dodecagonal bell tower: the structure (over 28 m tall) was ordered by the famous Matilda of Tuscany in 1103 and became an inspiration for Orvieto’s religious architecture. A few years later, right in Orvieto, Pope Honorius II ordered a second bell tower to be built as an exact copy of the one visible in this abbey.

SEE THE FULL DESCRIPTION OF THE ABBEY

OUR PROPERTIES FOR SALE IN UMBRIA

The abbey was fully restored in the 20th century. The building was in pretty bad shape and needed a thorough conservation work to be carried out, mainly in those parts which could not be rebuilt. The tower, whose coronation, was almost entirely missing, has been philologically rebuilt by using its twin in Orvieto as a guideline.

Nowadays, the building is a luxury 29-bedroom hotel surrounded by over 11 hectares of land granting excellent privacy and offering a pool and a tennis court. The most beautiful part of the building is the old rectory, a huge vaulted hall currently used as a conference room. The remains of the old church and the typical courtyard are ideal for al fresco dinners and events.

This beautiful monastery is part of a great ensemble of religious shrines built along the pilgrimage roads leading to Rome. Already established in some form at the beginning of the 11th century, the first official writing involving the convent is dated 1207, when the pope renewed the apostolic protection to one Egidius, dean of the convent. The monastery slowly grew until 1348 when a devastating plague epidemic struck Europe, killing a good percentage of its population. After a long period of decadence, the convent was finally expropriated by the Kingdom of Italy in 1860 and abandoned.

SEE THE FULL DESCRIPTION OF THE CONVENT

OUR PROPERTIES FOR SALE IN UMBRIA

Bought by a private individual in the first half of the 20th century, the building was restored with uttermost care. Over the years, restoration and renovation were carried out and the building was finally converted into a beautiful accommodation business. Today, the building is still a cozy boutique hotel with 18 guest bedrooms and lush outdoor spaces where one can relax, including the characteristic courtyard. The Italian garden, well-maintained, would also allow building a bigger pool than the one present in the property. All around the building, 9 hectares of woodland grant excellent privacy and silence. 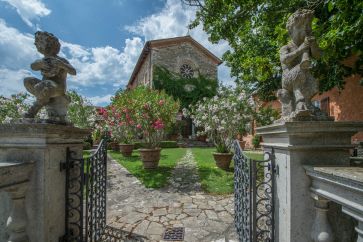 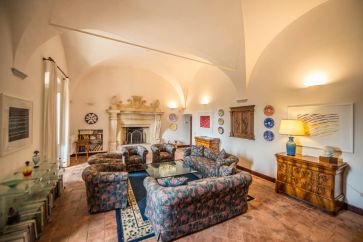 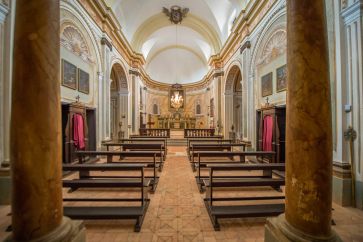 Located on the rolling hills of the Sienese countryside, this imposing abbey was built in 1085 for the Vallombrosian order. Year after year, what was a small monastery grew to the point it was the center of a huge fief, with huge cultivated fields and artisans working for it. Between the 12th and the 16th century the abbey prospered, also thanks to the Republic of Siena which granted the monks a remarkable autonomy. But nothing ever lasts forever and when Florence defeated her greatest enemy in 1553, the abbey ended up in the possession of the Grand Dukes Medici.

SEE THE COMPLETE DESCRIPTION OF THE ABBEY

OUR PROPERTIES FOR SALE IN TUSCANY

This initiated a long period of decadence that lasted until the 19th century, when the order decided to ultimately abandon the building which was then sold to private families in 1830. Current owners bought the abbey in 1989 and started a long process of restoration and renovation which managed to preserve intact the soul of the place. Works lasted several years and allowed creating a dispersed hotel (Albergo diffuso in Italian) with the Abbey at its center and 11 farmhouses scattered all over the 800-hectare estate for a grand total of 98 bedrooms. 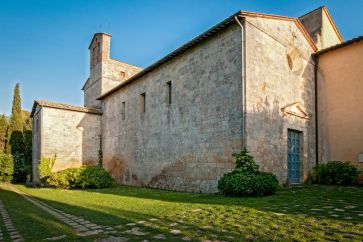 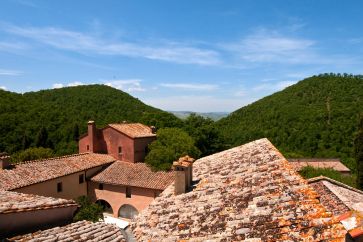 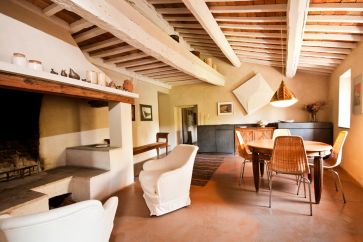 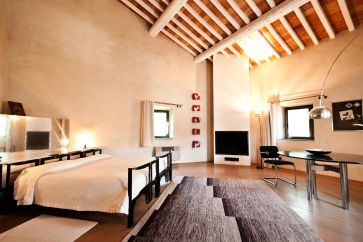 The history of this imposing monastery is linked to San Gimignano. The town was located right along an important commercial route crossing Ital south to north, but its peaceful life was twisted by the 14th century and the infamous Black Death epidemic. With the Renaissance, San Gimignano came back to life and over the next century it was back to a pre-plague splendor. Supporter of this revival were the Friars Minor Capuchin who made their best to help the struggling population. Thankful, the citizen of San Gimignano raised money to build, in 1588, a convent as a gift for the monks.

SEE THE FULL DESCRIPTION OF THE HOTEL

OUR PROPERTIES FOR SALE IN THE PROVINCE OF SIENA

The convent rapidly grew and took over its current look over the 18th century, at the end of which it was sacked by Napoleonic troops and abandoned. At the beginning of the 20th century, the property was listed in the possessions of the powerful Guicciardini family who had converted it into a luxury countryside residence. In more recent years, the property was bought by the current owners who devoted themselves to restore it and establish a 20-bedroom luxury hotel. The park of the estate, in particular, was landscaped by a pupil of the famous architect Pietro Porcinai. 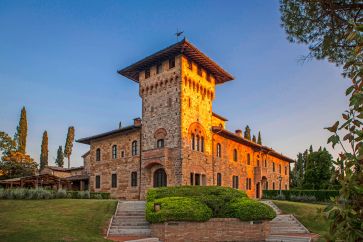 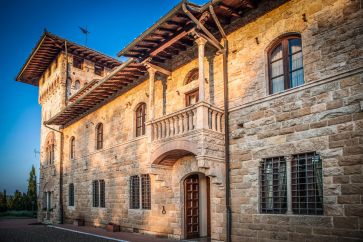 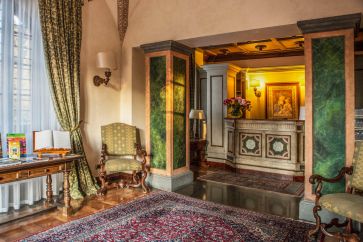 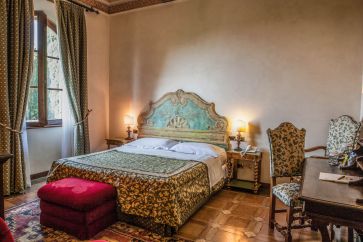 OUR SELECTION OF MONASTERIES FOR SALE

BACK TO THE BLOG & NEWS SECTION

© 2020 AGENZIA ROMOLINI IMMOBILIARE SRL - All rights reserved
It is strictly forbidden to reproduce, either completely or partially, and re-elaborate any content found on this page.